Forest resources and context of Ecuador

Ecuador is considered one of the world’s most diverse countries, with the Amazonian region in particular containing large tracts of intact natural forest of global conservation significance. 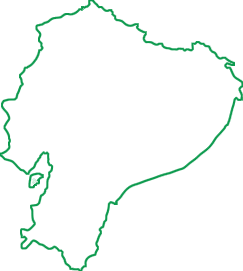 There are three major forest types in Ecuador (ITTO, 2011), geographically distributed as follows:

Mangrove forests were once widespread, but now cover only about 158,000 ha.

Almost the full extent (99.4%) of the forest cover is primary forest or naturally regenerated forest. Only 160,000 ha (1,16%) is planted forest (designated for production). The majority of forests - approximately 9.9 million ha (nearly 80%) - is in the Amazon region.

The forest loss is quite high with an average rate of 0.6% per year over the last 25 years (FAO, 2015). Forest conversion to agriculture is the major driver of deforestation, followed by regional drivers including: agro-industry (oil palm), logging, mining and infrastructure development. Several studies point out that despite the efforts made by the country to improve forest governance and management activities, there are still weaknesses, and there is still illegal wood that is mobilized and sold on the Ecuadorian territory.

Development of commercial plantations is a central component of forest policy in Ecuador. Implementation of the 2012 National Afforestation and Reforestation Plan (PNFR) was underway throughout continental Ecuador, for example by financial incentives given to private owners who wish to reforest their property for commercial purposes. The Plan aimed to increase the total area of forestry plantations by one million ha over a 20-year period, covering commercial as well as social and conservation objectives (Oliver, 2013). However, this project is currently suspended for lack of budget allocation by the Government for incentives.

Out of 12.55 million ha of forest cover, over 4.9 million ha of forest is publicly owned (patrimonio forestal del estado) and a relatively small area (762,000 ha; FAO, 2015) is in private ownership or on communal territories of indigenous peoples while, for the rest, the ownership is unknown for over 7 million ha of forest, according to FAO. The State (patrimonio forestal del estado) manages both state-owned production forests and the SNAP (Sistema Nacional de Áreas Protegidas), a network of protection areas (ITTO, 2011). In practice, most of Ecuador’s forests are owned by local communities and indigenous groups (ancestral indigenous and Afro-Ecuadorians), although the majority are not subject to official land titles. What’s more, there is considerable overlap between the areas in the SNAP and private and Indigenous lands (ITTO, 2011): according to local researchers (Palacios and Freire, 2010), indigenous groups and settlers own about 60% of the total forest area (which would indeed represent over 7 million ha) and 40% of it is within protected areas.

In order to facilitate forest administration and use (in both state- and privately-owned forests), the following classification has been established:

Ecuador has not defined a Permanent Forest Estate (PFE) for production, but there is a clear distinction between forests destined for (potential) production (estimated by the Government of Ecuador at 4.51 million ha in 2009, including a small portion of planted forest) and forests reserved for protection (with an estimated total area of protected forests at 6.55 million ha) , and the latter are clearly delimited. However, ITTO states that the production forest area that could be considered as PFE for production is only about 2 million ha and this includes already exploited areas in state-owned forests. In protection forests (bosques protectores), which is the protection category of private properties, production is allowed if that is regulated in the forest management plans. 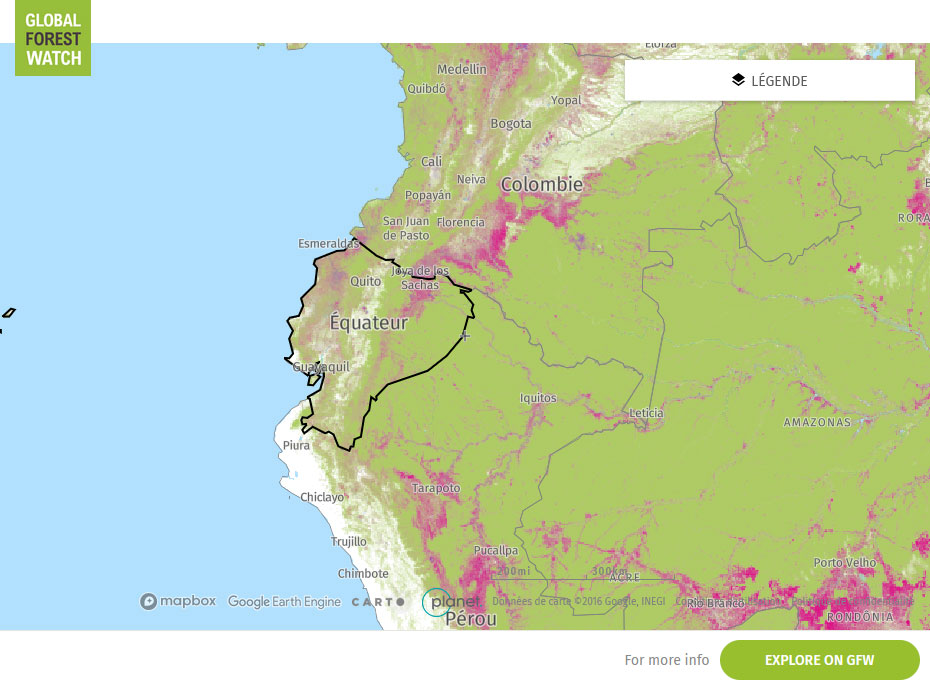