Forest resources and context of Guyana

Guyana has around 16.5 million hectares of forested land constituting 84% of the total land area.

The full extent of the 18.4 million hectares is primary or otherwise naturally regenerated forest.

Guyana’s forests are classified as swamp and mangrove forest on the coast and rainforest, seasonal, dry evergreen, marsh and montane forest in the interior, and are part of the wider Guyana Shield rainforest eco-region.

1 The most recent assessment by GFC (2019) indicates a forest area of 18.1 million hectares. This forest area update is based on remapping, using higher resolution 5 m resolution imagery and removal of shifting cultivation areas, which explains differences with earlier reports.

86.2% of the forest area is under the management and control of the Government of Guyana; of which 12.2 million hectares (67%) are designated as State Forests2 and placed under the management of the Guyana Forestry Commission (GFC). The remaining 12.9% are designated as State Land under the remit of the Lands and Surveys Commission. The remainder are mainly privately owned, titled Amerindian Lands (13.8% ) and protected areas (6.0% ). Guyana has 5 protected areas which contain significant forest areas, including (1) Kaieteur National Park, (2) Iwokrama, of which approximately 180,000 hectares have been set aside for forest conservation, (3) Kanuku Mountains Protected Area, (4) Konashen, and (5) Shell Beach Protected Area, which includes mangrove forests. 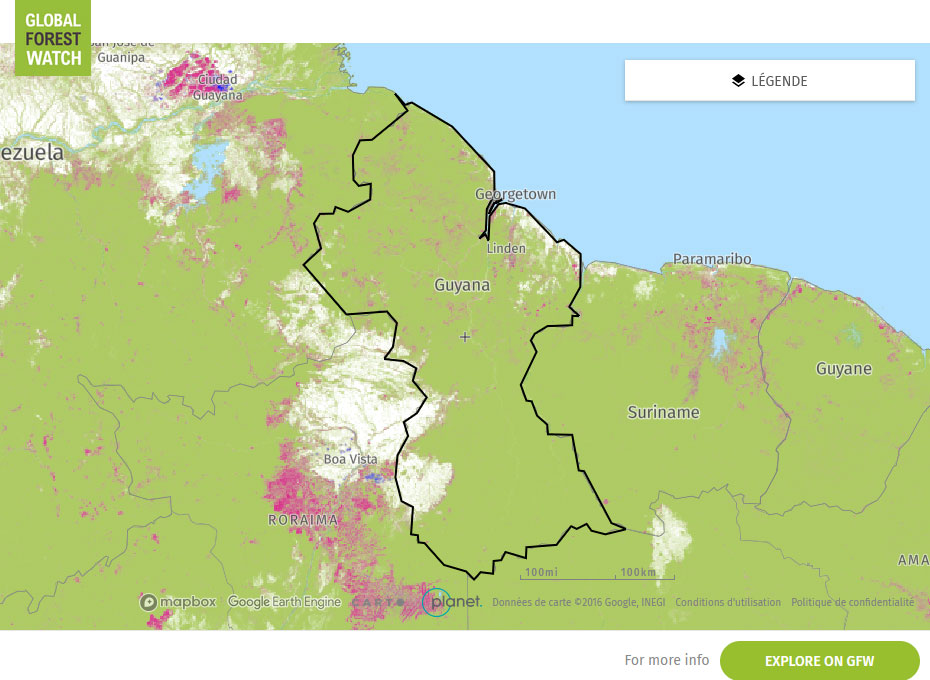