Overview of timber sector of India

Commonly harvested species from natural forests in India include, among others:

Common planted species include, among others, fast-growing (and short rotation) species:

According to ITTO (2017) the industry of India produced in 2015 almost 50 million m3 of logs, of which only a minor portion was exported. In this year the export value of primary timber products exceeded 72.6 million US dollars.

India has a thriving range of industries for semi-processed and value-added timber products, including wooden handicrafts, pulp and paper, plywood and veneer and wooden furniture. Exports of wooden handicrafts in particular are on the rise.

Although India is one of the world’s top producers of tropical logs, it is also one of the world’s largest consumers of wood products.  India cannot meet its own demand for wood products with domestic supply and hence is one of the top most importing country of tropical woods. However India’s tropical log consumption levels has seen a decline in 2017 with previous year .India’s imports have continued to decline steadily, dropping to 2.6 million m3 in 2017 and 2.4 million m3 in 2018. The decline in imports reflects demand levels in India’s plywood industry which is a significant end-user of tropical logs. 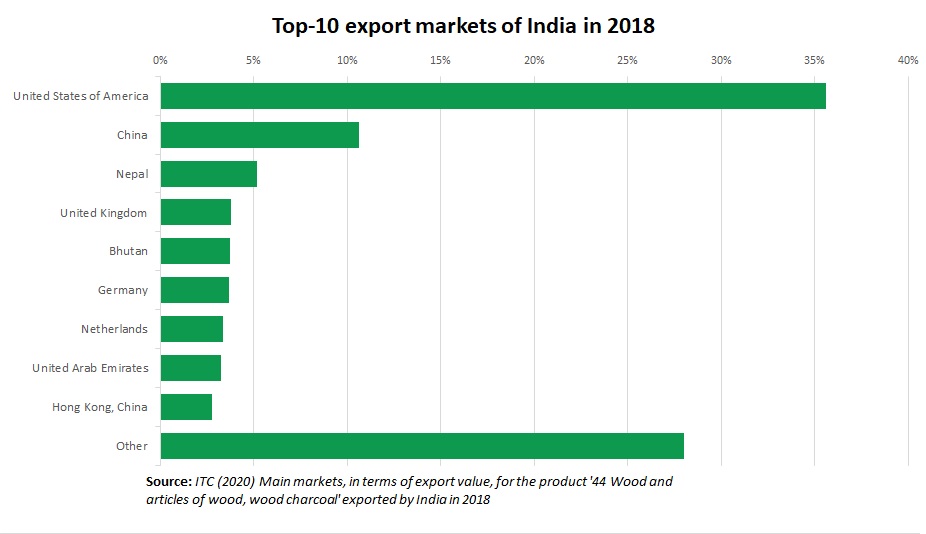