Forest resources and context of Colombia 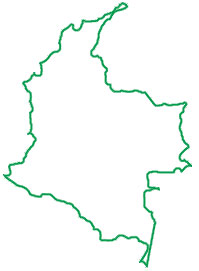 The moist forests of the Orinoco and of the Darien Chocó cover about 4.6 million hectares and 4.9 million hectares respectively. In the Caribbean, the two main forest types are the moist forests of Urabá-Magdalena, and dry forests. Colombia’s mangroves cover an estimated 408,000 hectares, more than 75% of which are on the Pacific coast (ITTO, 2011).

According to the FAO (2020), Colombia has around 59.1 million hectares of forested land, which constitutes to 51.8% of the total land area. Almost the full extent of the forest cover is primary forest or naturally regenerated forest, and only 427,000 hectares (0.72%) is planted forest (ITTO 2011).

About two million hectares of forests were lost between 2000 and 2007, and in recent years deforestation increased again with estimates of around 320,000 ha of natural forest loss in 2020 (Global Forest Watch). Deforestation is not evenly distributed over the Colombian territory, and is highest in the Amazon, the Andean, the Caribbean, and the Pacific regions. Between 2008 and 2019, more than 40 percent of the country’s forest exports were found to be illegal are illegal (GFI 2021).

The main cause of deforestation is conversion for agriculture (IDEAM 2015). To slow down deforestation, Colombia is implementing a conservation policy and launched the “Vision Amazonia” in 2016, to stop deforestation in the Amazon region by the year 2021 (see further MiNAM 2021a).

About half of the country’s forests (29.8 million hectares) is entitled to Indigenous communities (known as resguardos Indígenas) in the wider Amazon region and to Afro-Colombian communities in the Pacific region (in consejos comunitarios). In the private sector, some of the forests are also owned by companies, individuals or other corporate structures. Most of the remaining forest is state-owned (ITTO 2011). Colombia has 1359 protected areas in seven different categories of which 18,960,437.65 ha are terrestrial protected areas (Runap, 2021). 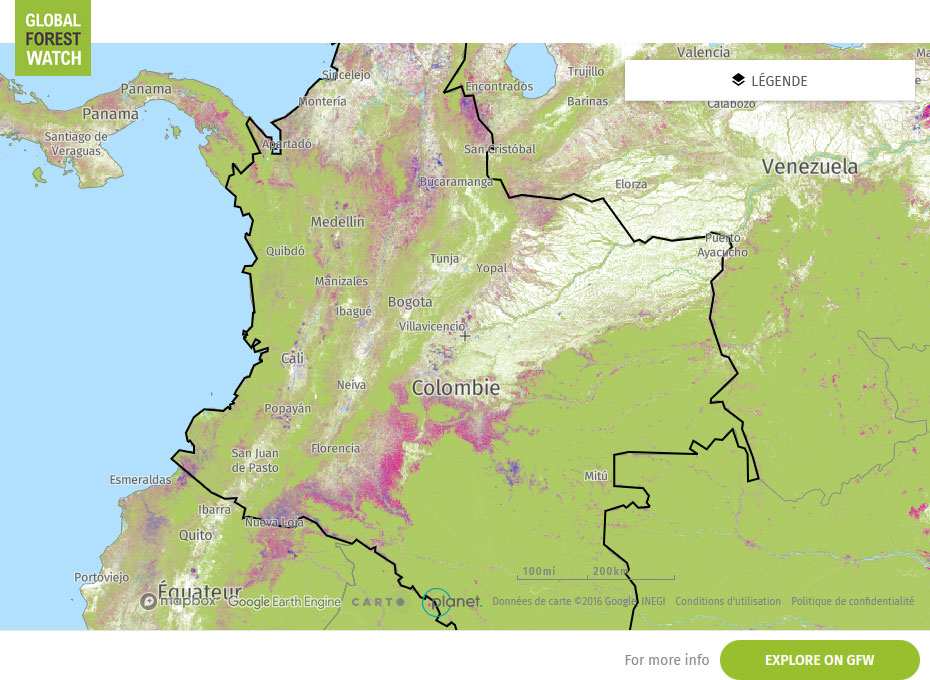