Overview of timber sector of Colombia

Important sectors in Colombia’s timber sector are the paper and furniture manufacturing sectors. The paper sector is an important import and export sector for Colombia. The sawmilling sector is relatively small and undeveloped in Colombia. The country officially counts 77 companies engaged in sawing and impregnation of wood, most of which have a small installed capacity (Oliver, 2013).

The most harvested and traded species in Colombia are:

Although forests cover more than half of Colombia, the total domestic production is relatively low compared with the potential of the country and Colombia is in fact importing wood (mainly sawnwood) from neighbouring countries.

In 2018, the industry of Colombia produced about 2.8 million m³ of logs, almost all of it served the domestic market. Roundwood logs are used for industrial processing (sawnwood, plywood, particleboard and pulp), or fuelwood. The average harvest in natural forest is in the range of 20–50 m3 per hectare. 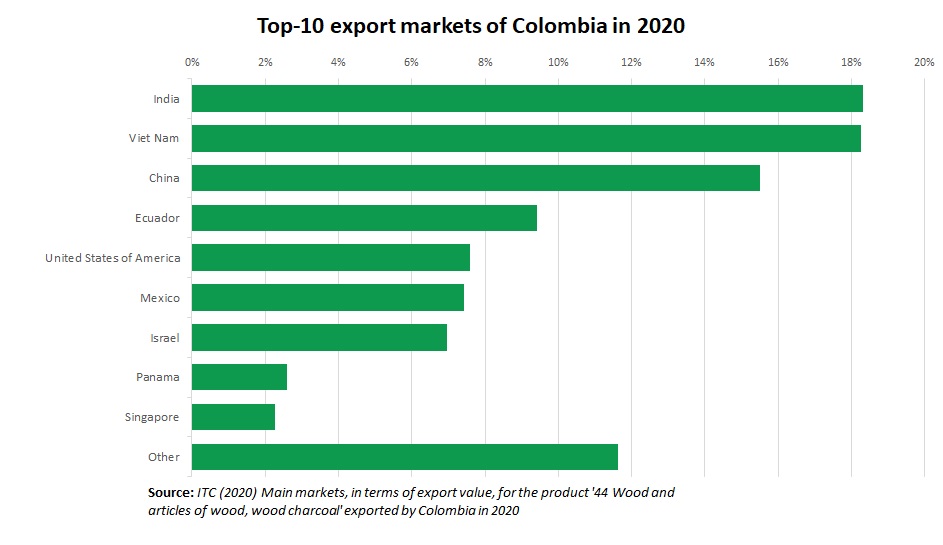 The largest market for Colombian wood product exports are India, Vietnam, and China, although other countries in South America are also important export markets.