Forest resources and context of Russia

Russia is home to more than one-fifth of the world’s forest areas. Around 33.5% of the total forested area is composed of primary forests, 64.1% of otherwise naturally regenerated forests, and the remaining 2.4% of planted forest. 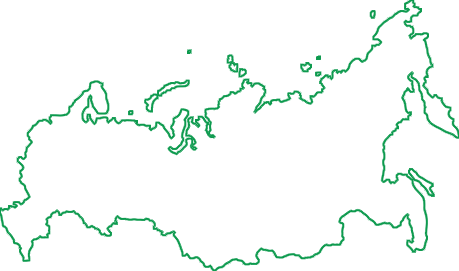 With 7,7 million km2, the Russian boreal forests (also known in Russia as the taiga) represent 67% of Russia’s total forest land (Forest of the World and Russia, 2001) and is the largest forested region on Earth (larger than the Amazon). These forests have relatively few tree species, and they are composed mainly of birch, pine, spruce, and fir, along with some other deciduous species. Mixed-in among the forests are bogs, fens, marshes, shallow lakes, rivers and wetlands, which hold vast amounts of water. These forests contain more than 55% of the world’s conifers, and 11% of the world’s biomass. (WWF)

Russia is home to more than one-fifth of the world’s forest areas. According to the FAO Global Forest Resources Assessment 2015 and official Rosleskhoz data, Russia, also officially known as the Russian Federation (RF), has around 11.47 million km2 of forest land and other wooded land, which constitutes 49.8% of the total land area of Russia. The area of the forest land actually covered by forests is 7,95 million km2 (Russian Government, 2020). Around 33.5% of the total forested area is composed of primary forests, 64.1% of otherwise naturally regenerated forests, and the remaining 2.4% of planted forest.

Russia’s boreal region also includes several important eco-regions. Among these is the Eastern-Siberian taiga, which contains the largest expanse of untouched boreal forest in the world. Russia’s largest populations of brown bear, moose, wolf, red fox, reindeer, and wolverine can also be found in this region.

Many indigenous and local people in Russia’s less developed regions rely heavily on the forest for timber harvesting, and non-timber forest product collection (e.g. berries, mushrooms, medicinal plants), traditional agriculture (e.g. grazing, hay making), and hunting. Almost all of the 45 officially registered indigenous nationalities depend on the use of forest and other wild natural resources (tundra, marine, freshwater) for their subsistence.

According to the FAO, the forested area has been growing slowly, by 0.03% per year, mainly due to natural expansion, over the last 25 years. The main pressure on Russian forests is caused by timber extraction and other forestry activities. Demand for resources in world markets, such as timber in China and Southeast Asia, and pulp in Europe, is increasingly threatening Russian forests. Forest fires are also a major threat to the region. The forest loss due to fire ranges from one to three million hectares per year. Siberian forests are particularly at risk. (WWF Russia).

100% of the Russian forest land is publicly owned. 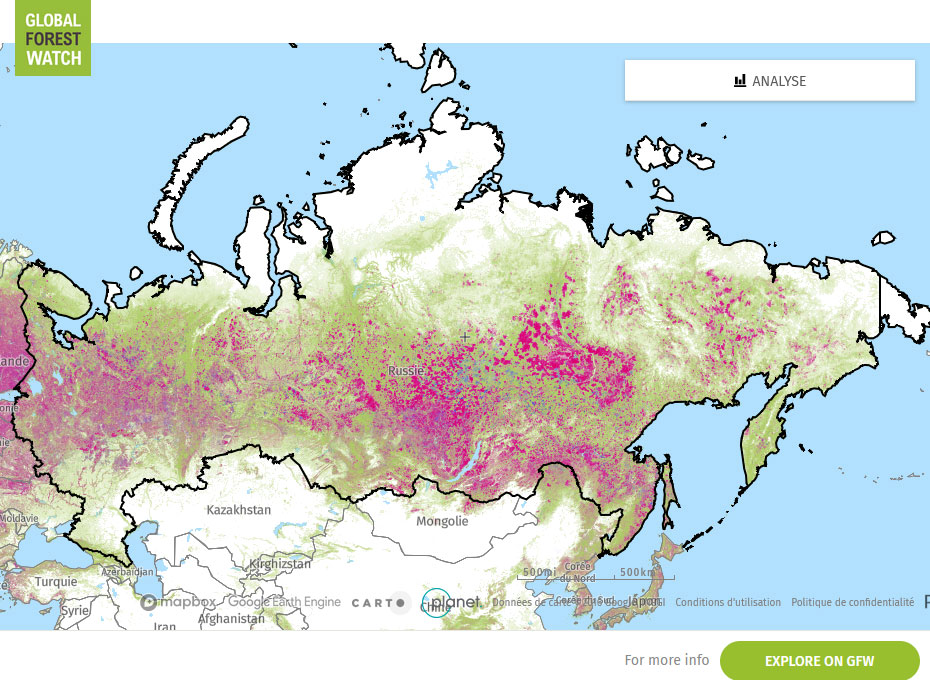